what is dalcroze eurhythmics?

“We do not only listen to music with our ears, it resonates in our whole body, in the brain and the heart”
— Emile Jaques-Dalcroze, Notes Bariolées 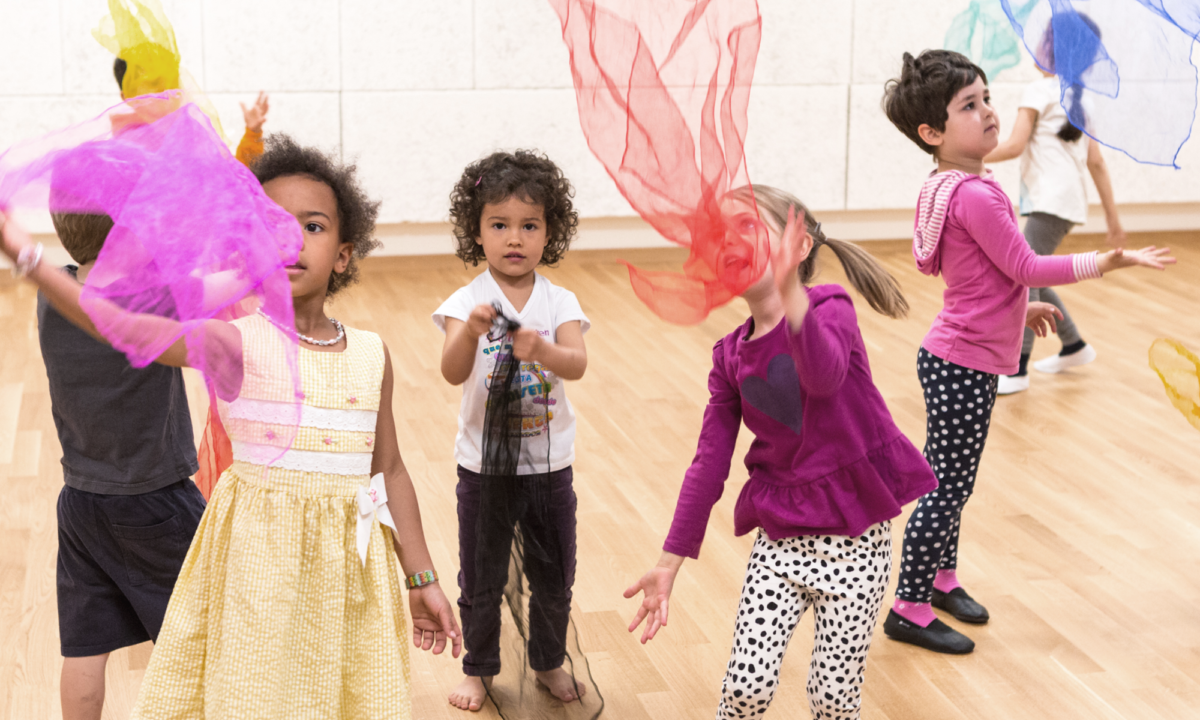 Dalcroze Eurhythmics is an active musical pedagogy based on body movement. The student (child, adult, or professional) is brought to feel what he hears through moving his body to the sounds and rhythms played by the teacher.

The stimulation of his global motor skills allows him to experience his body as an instrument – whereby musicality is felt and transmitted.

Feeling and experiencing music in the body is the pillar of this educational approach that combines the body and the mind. Dalcroze Eurhythmics reveals the natural links between body movement and musical movement – and the learning of music theory and an instrument.

The Jaques-Dalcroze method accelerates in children, even if they are not aware of it, the foundations for listening, motor skills and useful social abilities in many areas beyond the musical learning process.

The proven method for almost 150 years is based on a set of basic pedagogical principles. Drawing from these principles, the typical Daclroze Eurhythmics lesson often consists of :

The student is brought – by an active and fun way – to tame the elements that compose music, to analyse, and to play them in space through musical and corporal improvisation.

The student is lead in his learning process from the known to the unknown, from easy to difficult. He develops faculties over the lessons on which he can rely on all his life:

The versatility of this musical pedagogy – which involves both music and movement, makes it a means of expression that offers various outlets: improvisation (from the youngest age), movement (expression dance, theatre) and instrument (piano, percussion).

In Geneva, the Jaques-Dalcroze method is well known in the primary school system to benefit children’s general education. It is also taught in music schools (including the Institut Jaques-Dalcroze) as a musical training.

Beyond its primary purpose, music pedagogy, Dalcroze Eurhythmics has considerably extended its field of application in recent years, particularly in the area of health.

learn more about eurhythmics and health

Dalcroze Eurhythmics is taught in more than 40 centres located in 20 countries on 4 continents.

Hundreds of people from abroad take part each year in visits, summer courses and international congresses organised by the Geneva centre. Teachers from the Institut Jaques-Dalcroze travel abroad for the purposes of training and diffusion of the method.

read more about the Dalcroze method around the world

the ijd music school in a few figures

the origins of Dalcroze Eurhythmics

The first years of the twentieth century saw the development of Emile Jaques-Dalcroze’s pedagogical ideas whose aim was to reconcile musical and corporal expressions. In 1898 Jaques-Dalcroze wrote: “I dream of a musical education in which the body will play the role of intermediary between sound and thought, and will become the direct instrument of our feelings.”.

Jaques-Dalcroze devoted all his energy to this search for harmony between inner hearing, thought, and gesture and to a balance between emotion and action. In 1903, his work led towards the creation of Rhythmic Gymnastics. Alone, and then with the help of his growing number of disciples, he sought, experimented, and then codified his ideas in a vast Jaques-Dalcroze method for the development of rhythmic instinct, auditory sense, and tonal feeling.

The dawn of the 20th century saw the rise of many experts seeking to bring life back into education by freeing it from the shackles of past governments. In this mission of educational revolution, Dalcroze joined multiple phsychologists, educational philosophers, and pedagogues, including Edouard Claparède, Maria Montessori, Pierre de Coubertin, and Robert Baden Powell. At the same time the dance world also sought to release the body and free it from the constraints and convention of classical ballet. Jaques-Dalcroze’s ideas were thus met with a most favourable reception.

Home/ok/dalcroze eurhythmics
Page load link
We use cookies on our website to give you the most relevant experience by remembering your preferences and repeat visits. By clicking “Accept All”, you consent to the use of ALL the cookies. However, you may visit "Cookie Settings" to provide a controlled consent.
Cookie SettingsAccept All
Manage consent